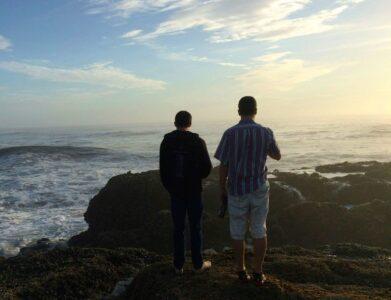 Ben grew up in Seattle, Washington. He attended Whitman College in Walla Walla, WA where he received his B.A. in Chemistry in 2015. While in undergrad, Ben worked at Seattle Genetics in the Antibody Purification/Conjugation and Process Chemistry groups and after graduating he worked in Process Chemistry group as a research associate. After one year, he joined the McNally group at Colorado State University in 2016 developing reactions via phosphorus ligand-coupling and phosphonium-pyridinium bis-cations. Deciding to give the east coast a try, Ben joined the MacMillan lab as a postdoc in August 2021. Outside of lab, he enjoys watching basketball, listening to music, and quoting the Lord of the Rings.